Having the registered office at Gajuri-1 in Dhading district, and with an ambition to provide excellent microfinance service, NADEP Laghubitta was established in 2070/10/15. Starting the operation as a D-class bank on 2072/04/07, NADEP Laghubitta is currently operating from 69 branches. 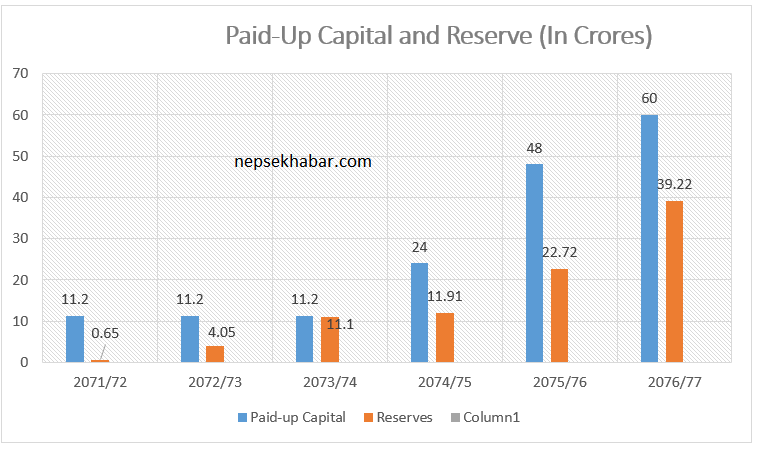 However, seeing the projections, NADEP has planned to have a paid-up capital of Rs 24 crore by the end of this fy. Though, IPO will raise the capital to Rs 16 crores, the company has further planned to increase the capital by 50% within this year. The company has again projected to double the capital in the next year. Thus, investors can possibly expect bonus, right issue or both in the next year. NADEP has projected to have a paid-up capital of Rs 60 crores by 2076/77. Net profit is the income after deducting every kind of operating and non-operating expenses. Higher the Net profit, the better it is. The success of a company is generally measured in terms of net profit. Some portion of this income moves to the reserve whereas some is distributed amongst the shareholders in the form dividend. Thus, this is one among the major parameters that concerns an investor. An investor can expect a dividend based on how much the company has earned.

NADEP Laghubitta has a net profit of Rs 75 lakh in the first year of its formal operation. However, the Company successfully increased its earning and reduced its expenses, as a result NADEP earned a net profit of Rs 7.02 crores in the year 2073/74. The company further projects to increase its net profit to Rs 28.49 crores by the end of year 2076/77.

Moreover, Microfinance companies due to the limited supply of shares, have high price of in the secondary market and minimum units to apply just being 20, we can conclude this issue as lucrative. The minimum units just being 20, one can invest in the company with just Rs 2000 in hand. We can expect a huge number of applicants in this issue. The result will most likely be decided using lottery. Interested applicants are suggested to apply just for 20 units.